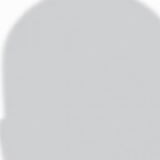 Mr. Heisenbottle has more than 30 years of experience in all aspects of architecture and interior design. His background encompasses governmental, education, healthcare, commercial and historic preservation projects both in Miami and New York. In 1987, he formed his own firm and has been responsible for numerous large-scale developments throughout the tri-county area and the southeastern United States. He is currently a registered architect in 5 states and was accorded the Silver Medal from the AIA in 2003. He was elected to the AIA College of Fellows in February 2005. Today, Mr. Heisenbottle’s firm is well known in South Florida for the historic preservation of some of the area’s oldest and most prestigious buildings including the Gusman Center for the Performing Arts, The Colony Theater, the Freedom Tower and the Miami Edison Middle School. He serves as Vice President of the Dade Heritage Trust and has been a member of the City of Miami’s Preservation Board for over 10 years. As an alumnus of the University of Miami, he is continuously active in the School of Architecture and serves as a guest lecturer in historic preservation. Mr. Heisenbottle’s projects have been widely publicized in Architectural Record, the League of Historic American Theaters, Florida Caribbean Architect, and Preservation Today. He has received numerous awards for Excellence in Architecture from the Florida Association of the American Institute of Architects and the Miami Chapter of the American Institute of Architects, and is the recipient of an Outstanding Preservation Project Award from the Florida Trust for Historic Preservation as well as one from the National Trust for Historic Preservation for the Miami Edison Middle School. Mr. Heisenbottle has numerous publications, including: Blueprint Directory Architecture + Design + Real Estate “Discovering the Lost Colony” Reggie Ruddock, June/August 2006 pp 46-51 Stage Directions Magazine – Annual Historic Theatre Issue Gusman Center for the Performing Arts July 2003 “Reinvigorating Our Schools” American Institute of Architects, 1998. p. 10. Florida A-E-C; Construction Market Data A-E-C Interview “Richard Heisenbottle of R. J. Heisenbottle Architects” October 1998. pp.17-19. Construction Market Data - Profiles “R. J. Heisenbottle, PA, Rebuilding Yesterday for Tomorrow” Kaye, Nancy. 7 September 1993. pp.1-4. Preservation Today “New Freedom for the Tower: Saving Miami’s Historic Skyline” Thompson-Stewart, Louise. 1990. pp. 7-9. Architectural Record “Southern Traditions” Pearson, Clifford A. March 1990. pp 66-75. Mr. Heisenbottle attributes his success to a passion for architecture, good design, an appreciation of architectural history and a passion and commitment to design. His goal is to continue doing what he does best!