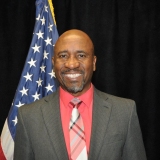 Bruce Alexander is the USDA 2015 Combined Federal Campaign Manager at the US Department of Agriculture, and Director of Communications for the USDA Food and Nutrition Service. As federal campaign manager Bruce is the Senior Federal Official assigned to lead the departments effort to raise funds to support the 22,000+ charities of the Combined Federal Campaign. He leads a staff of seven federal employees at the U.S. Department of Agriculture detailed to direct the efforts of 20 USDA Agency Coordinators and hundreds of key workers responsible for raising over $1.2 million dollars to be donated to a variety of CFC charities around the country. Bruce has been detailed to a Senior Executive position in the Department of Agriculture to oversee the Combined Federal Campaign for the entire department. Their goal is to raise $1.5 million dollars for 22 thousand charities from 10,000+ employees before December 15th. As Director of Communications, Bruce is responsible for the oversight, planning, direction and evaluation of all the Agency’s initiatives to promote, inform and educate the internal and external audiences, congress, media, stakeholders and the general public. Bruce received his Bachelor of Science from the Citadel, Military College of South Carolina. He received his Master of Science in Human Resources Management and Personnel and Administration. He is also a retired Colonel in the Army. He counts his faith as the cornerstone to his ambitions and success.