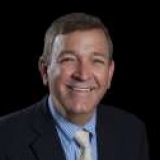 Terry Burleson is Senior Vice President at Nalco Champion Downstream, an Ecolab company, where he has a global responsibility for its downstream business, which operates in 160 countries. Terry began his career with the company 26 years ago as a technical representative in West Texas. Throughout his career, he has held positions in sales, marketing, and management. In 2003, Terry transferred to the downstream business and led the merger of Nalco’s water and process business units to better serve the downstream customer base. In January of 2009, he was promoted to his current position. Terry holds a Bachelor of Science degree in Petroleum Engineering from Texas Tech University. He was presented with the ML100 Turnaround Award for overseeing a division transformation that resulted in a significant increase in Nalco’s share of the global downstream market. A hard worker, Terry has a strong work ethic and is dedicated to upholding high moral standards. He is supporter of his local church.