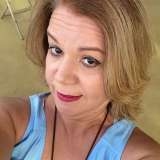 Nuria Munoz is a true businesswoman from the island of Puerto Rico. Her extensive background in a variety of areas has lead to her success. She has experience in the law, business, writing, and entrepreneurship. The combination of her knowledge and passion has lead to where she is today. Nuria made her way over into the United States in the 1980s. She went to Boston University where she received her Bachelors degree in Political Science and History in 1988. Nuria was active in student government and attended the school's hockey games. She continued her education at Interamerican University, where she received her Juris Doctorate in Law in 1991. After she finished her education, Nuria came back to Puerto Rico to started her own business. Nuria had an independent book shop for over ten years. The shop was awarded the best independent book store in Puerto Rico for two years straight in the early 2000s. Nuria also had her own segment on local television every morning where she discussed the latest books in the market. She decided to close the company due to growing book technologies. In the early 2000s, Nuria had to restart her life. Nuria decided to join Friedman & Feiger in 2011. She has been an important part of the business since day one. Nuria is in charge of administration and is the executive assistant to the directors. She is in charge of billing, customers, and the accounts payable and receivable. Nuria has a say what occurs with the marketing of the company as well. She has a strong presence with the clients and the presentations given. Nuria also leads the paralegal division of the company. Friedman & Feiger LLC is based in Dallas, Texas and has an important division in Puerto Rico which handles bringing investment to the island through Tax Exemptions benefits and has an international geographical area of service. The future for Nuria is looking very bright! She hopes to continue with Friedman & Feiger LLC for as long as she can. Nuria hopes to grow the investment sector of the company while expanding clientele. She hopes to see the Boston Red Sox take home a World Series tittle while helping out in her daughter's girl scout club and her higher education.