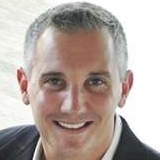 Jason Green
CEO
IMMERGE
Greenwood Village, Colorado,
I am looking to connect with:

As CEO, Jason’s primary responsibility is the creation, communication and implementation of the organizations vision, mission, and overall direction. Jason focuses on the development of the strategic plan in order to advance the company’s mission and objectives. He oversees the daily operation of the company insuring efficiency, quality, service, and cost-effective management of resources. Jason believes in identifying and developing leaders that are capable of adapting to the ever-changing environment of the global marketplace. Prior to IMMERGE, Jason served as President and Co-Founder of 2020 Companies. Under Jason’s leadership, the company realized unprecedented growth, generating revenue in excess of $300M in a four year period. This success led to the sale of the company to Golden Gate Capital and JP Capital in early 2008. Jason’s responsibilities included overseeing Sales, Business Development, Recruiting, and Training. Jason helped change the face of the direct sales industry through the negotiation of industry leading contracts with over a dozen Fortune-500 Clients such as Verizon, AT&T, QWEST, and TXU. Earlier in his career, Jason was Vice President of Encore Marketing Group, where he built a sales force of over three hundred representatives across eight geographic markets. Jason started his management career at XO Communications, and continued on with MCI, where he built the company’s largest region for the Small and Medium Business division in Southern California. Jason earned his bachelor’s degree in Business Management from Elon University. He and his wife, Lisa, reside in Denver, Colorado with their children Dylan and Emily. Jason enjoys the outdoors by running in the early morning and spending time with his family.