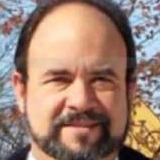 Fernando Buarque de Lima Neto is Alumni of Imperial College London and has been with the University of Pernambuco (UPE) since 2003. In 2011 he was elevated to Associate Professor of Computing. In this role, he oversees the Computational Intelligence Research Group (currently about 30 students and 5 staff). At the School of Engineering of UPE, he lectures and teaches courses in post-graduate and undergraduate levels, heads the International Relations of School of Engineering, leads research in metaheuristics, computational semiotics and social simulation. He currently has ten international students in South Africa, Germany, and the United States. Additionally, he is a Visiting Professor at University of Johannesburg, Adjunct Professor at Texas A & M, Graduate Faculty at Florida Institute of Technology. The Alexander von Humboldt granted him a Humboldt Fellowship in Advance Studies in Computer Science in 2015. In 1984 he was the Laureate Cadet in Brazilian Academy of Army Officers in Recife - Brazil. He has also received countless awards and distinctions for his research. Fernando has well over one hundred scientific papers that have been published in journals and magazines, more recently he co-authored,"Link Predication to Tackle the Boundary Specification Problem in Social Network Surveys" which was published in Plos One 12 (4), 2017. Fernando entered his profession back in 1987 because he saw computing as the way of the future and later on, in 1996, realized that Artificial Intelligence would become the driving force of new human development. Among his many undertakings, recently he is building up International Post-Grad Program and Scientific Confererence in Computer & System Engineering aiming at Latin American countries. He attributes his success to hard work and willingness to contribute with society. His greatest achievement is the network of people he has helped to create, consisting of students, colleagues-professors, laboratories, and now countries. Outside work Fernando loves traveling, motorcycles, and reading books on philosophy and scientific novels. He continually helps to develop awareness of Computation and Intelligence Applications, which he enthusiastically tries to contribute with his students and research fellows.