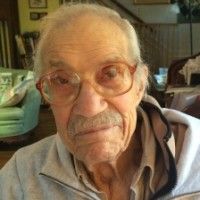 Fairfield Goodale, MD, received his medical degree at Western Reserve University. He also attended Harvard Medical School and served in the Air Force prior to receiving his degree. Since that time, he has been a recognized professor, researcher, and Dean in pathology departments and medical colleges in universities across the country. He started his medical career with an internship at Mount Auburn Hospital in Cambridge. He was granted several research fellowships including a research fellowship at U MASS Medical Center and assistant fellow at Harvard; a U.S. Public Health Research fellowship; in his year in London, studied with Sir George Pickering, with whom he studied at Oxford. Once back in the states, he returned to U MASS Medical Center, then joined the Dartmouth College pathology department. He completed that assignment and joined the Albany Medical School, then joined the Medical College of Virginia as professor and Chairman of the Department of Pathology. Later on, he joined Augusta Medical College as Dean and Medical Director, then as Dean at the Wake Forest University School of Medicine where he retired in 1986. In 1984 Fairfield wrote two self-published books: a memoir "The Absolute Truth, and Other Uncertainties", and "The Tentative Assassin", a mystery story. He is currently working on the sequel.  Since his retirement, he has been active as a writer, volunteer fireman, community leader, rancher, farmer, and computer student. He speaks some French and is currently updating his memoir. He is currently a resident of Massachusetts.