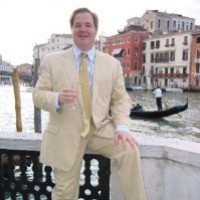 David Steiner, MALD, MIA, JD, LLM, recently retired in 2014 after serving as a trial attorney for 12 years at the Department of Justice. Prior to this position, he was an Associate Counsel for seven years at the New York City Law Department. Other experiences in his diversified legal career include clerking for distinguished judges on the U.S. Court of International Trade; the U.S. Court of Appeals for the Fifth Circuit and the Temporary Emergency Court of Appeals. He also acquired experience in private practice. His educational background includes a LLM in tax law from New York University; JD in law from Cornell University; MA in Law and Diplomacy from the Tufts University Fletcher School of Law and Diplomacy specializing in international economics and finance; Masters of International Affairs from Columbia University; and a BA in Philosophy from Columbia University. He speaks fluent English, French and Hausa. His early background included a stint in the Peace Corps in the Republic of Niger, the poorest country in the world. His personal interests include traveling, ballroom dancing, arts and cultural events, and spending time with programs at his son's school.