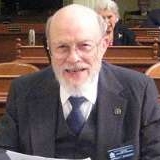 Gerald T. Richards, esq. is an Attorney at Law in private Practice. Gerald practiced law in Alameda and Contra Costa Counties, California. He is currently filling several different volunteer attorney positions in Santa Barbara, San Diego and Contra Costa Counties. His focus is Elder Care Issues and the Protection of Seniors. As a Member of the California Association of Senior Legislators; and President (2nd term) of the County Advisory Council for Aging, Gerald has been instrumental in drafting legislature on Elder Abuse. He is truly concerned about the protection of seniors who are living on many occasions hand to mouth. Prior to becoming an attorney Gerald dropped out of high school, in the spring of 1948, and joined the U.S. Army which posted him to occupied Germany from 1948 until the middle of 1951. Discharged from the army in 1952 as a Sergeant, Gerald joined his father in Iran and attended a missionary high school for a year. Returning to the United States, Gerald spent five years at Lafayette College in Easton, PA. Gerald's first novel, "Jimmy" draws heavily upon his experience in Occupied Germany. Gerald took an appointment as instructor in mathematics at Lafayette College and enrolled in graduate school at nearby Lehigh University to study physics. A year later, he took a job as a management science trainee with SOHIO in Cleveland where he worked at the number one refinery on the manager's staff until March 1959 when Gerald accepted appointment as a Second Lieutenant in the US Army. After a two year detail to the 3rd Armored Cavalry Regiment, Gerald attended a special Army-designed graduate program at Purdue University in Engineering Science. Thereafter, he was assigned to the Lawrence Livermore Laboratory as a Research Associate working in a nuclear weapons design division for two and a half years. Gerald resigned his commission with the rank of Major in 1967 after a tour in Korea with the Second Infantry Division. He soon secured a job as a physicist at the Lawrence Livermore Laboratory. After seven years and assignment as supervisor of the programmers supporting a weapons design division, Gerald resigned to attend law school at Golden Gate University from which he received his degree in 1976. After passing the California Bar Exam in 1976. Gerald made the Dean's List all four years as a student at Lafayette College. During his junior year, he earned election to Phi Beta Kappa and Tau Beta Pi Honor Societies. That year he also won a General Electric Scholarship to help with tuition. During his senior year, he was a teaching assistant in the Industrial Engineering Department, teaching a 3 unit course in industrial statistics to juniors, which he designed and taught without assistance. Gerald graduated with a BS in Industrial Engineering, Magna Cum Laude, in 1957. He attended Purdue University while serving as a commissioned officer in the US Army where he received his MS in Engineering Science in 1963 and was elected to Sigma Pi Sigma, the Physics Honor Society. Gerald received an Army Commendation Medal for service in Korea in 1966 and left the Army as a Major in 1967. In 1976, Gerald received his Doctor of Jurisprudence Degree from Golden Gate University.