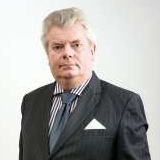 Andrew Wells is Senior Corporate Consultant for Lai Sun Development Company Ltd., a major listed company in the property and media sectors, Chief Adviser (Group Hotel and Resort Development) for Furama Hotels and Resorts, Executive Director and Corporate Affairs Manager of Por Yen Charitable Foundation Limited and CEO of Por Yen King Yin Lei Foundation Limited. Andrew received a scholarship to Oriental Studies at King’s College Cambridge, where he received a Masters Degree in 1980. After working in Palestine, India and Iran, he joined the Hong Kong Government as an Administrative Officer in 1978. In his first posting, he was responsible for the development of the New Town of Sha Tin. Subsequent jobs included Deputy Clerk to the Executive and the Legislative Councils; Clerk to the Select Committee on Complex Commercial Crime, Secretary to the Education Commission; founder director of the Hong Kong Open University; Member of the Central Policy Unit; District Officer of Kwai Tsing and senior positions in the Finance and Trade and Industry Bureaux. From 1995, Andrew was the first Deputy Secretary of Housing, serving on both the Housing Authority and Town Planning Board. After retiring from the HKSARG in 2003, Andrew took up the position of Chairman in China Golden Bridge Travel Services Limited, a Mainland travel company, of which he remains Chairman, and subsequently worked for both Wharf Limited and Lai Sun Development Company Limited. Between 2008 and 2011, Andrew served as Chief Secretary of St. Helena, one of the oldest British Overseas Territories. He was the Acting Governor of both St. Helena and its Associated Territories of Tristan da Cunha and Ascension Island, of which he was the last Commander-in-Chief. Three times a Justice of the Peace, Mr. Wells is a Member of Real Estate Developers Association (REDA) of Hong Kong and Corporate Representative on REDA’s Executive Committee; a Member of the Executive and Best Practice Committees of the Hong Kong Harbour Business Forum; a Member of the Hong Kong General Chamber of Commerce Real Estate and Infrastructure Committee and Chairman of its Asia and Africa Committee; Corporate Representative on the Hong Kong Business Environment Council and a Fellow of the Hong Kong Institute of Directors. Mr. Wells also serves as Member of Commonwealth Parliamentary Association; Patron of the British Museum; Fellow of the Royal Asiatic Society; Member of the Royal Society for Asian Affairs; and Council Member of the Royal Commonwealth Society (Hong Kong). Mr. Wells is married with one daughter. He speaks several languages, including Italian, French, Farsi, Arabic, Cantonese and Mandarin.