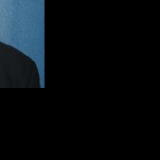 Arthur Beeler
Retired Warden
Federal Bureau of Prisons
Franklinton, NC,
I am looking to connect with:

Arthur F. Beeler (Art) retired from the Federal Bureau of Prisons in January 2009 after a career of more than thirty-three years with the Federal Bureau of Prisons. He began his work in corrections as a volunteer probation officer with the North Carolina Department of Correction. His federal service began in 1975 at the Federal Reformatory, Petersburg, Virginia. Since that time, Mr. Beeler held a variety of positions to include correctional officer and case manager. From 1987 until his retirement from the FBOP, Mr. Beeler was the Warden (Chief Executive Officer) at several institutions to include two federal medical centers, a federal transportation center and a federal jail. During his tenure at the Federal Correctional Complex at Butner, North Carolina beginning in 2000, he directed the activation of two of the five facilities at the complex to include the medical center, which serves as a center of excellence for oncology as well as forensics. In 2007, Mr. Beeler was named Complex Warden, responsible for five facilities, 1,600 staff and 5,000 offenders. Mr. Beeler graduated from East Carolina University with a BS (Professional) in Correctional Administration and Social Work, later obtaining graduate credit at Virginia Commonwealth University and obtaining a Masters of Administration from University College, University of Maryland. Upon his retirement, Mr. Beeler continues to provide adjunct instruction at several institutions of higher learning to include: North Carolina Central University, Duke Law School, and the University of Northern Colorado at Greeley. He provides consultation to the American Correctional Association as an auditor and serves as a certified Department of Justice auditor reviewing sexual safety of offenders at facilities throughout the United States (PREA). He volunteers many hours to the issues of prisoner reentry and juvenile crime prevention. Since his retirement from the bureau, he has worked with an alternative school, as a consultant for health care issues with the NC Department of Correction, with the Department of State in Afghanistan on rule-of-law issues, and currently works on special projects for the Director of the NC Division of Adult Correction. An Eagle Scout, Mr. Beeler is a Paul Harris fellow of the Rotary Foundation. He is a member of Phi Kappa Phi and Alpha Phi Sigma, both academic fraternities. He received recognition for his work with Federal Prisons Industries and informal resolution while with the FBOP. In 1991, he was named to the Senior Executive Service of the United States and remained a member until his federal retirement. In 2004 he and his wife received the Peace College Volunteer of the Year award. In 2007, he was named by the Southeast Conference of Public Administrators as a Distinguished Public Administrator. He received the Surgeon General's Exemplary Service award and upon his retirement was awarded the Surgeon General's medallion, the highest award of he United States Public Health Service for his work in Correctional Medicine. The North Carolina Correctional Association awarded him the H. G. "Gus" Moeller award. The Dali Lama Foundation in 2008 awarded Mr. Beeler the Compassion in Action Award, only one of six recipients in the United States at the time of the award. He was the recipient of the Federal Bureau of Prisons Distinguished Service award, and while assigned to Afghanistan, received the U. S. Department of State's Meritorious Honor Award. Mr. Beeler is the past present of the Granville County, North Carolina Education Foundation, and he serves on the advisory committees of the criminal justice departments at East Carolina University, North Carolina Central University and Durham Technical Community College. He is the Chairperson of the Granville County Juvenile Crime Prevention Council, and was recently named to the North Carolina Sentencing Commission. He is serving as the prisoner representative for the Institutional Review Board for East Carolina University and is a member of the Board of Directors for the Wake County, North Carolina Reentry Council. Outside of work he enjoys reading and having quality time spoiling his granddaughter. He is thrilled to join the Bristol community and looks forward to networking with other like-minded individuals.