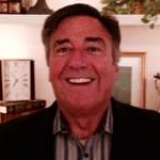 Ronald Self
Chief Executive Officer
Onepath Systems, LLC
Atlanta, GA,
I am looking to connect with:

Ron began his Sales & Marketing career with Procter & Gamble in Houston, TX after graduating from the University of Houston. After 3 very successful years, with sales ranked in the top 10% of the company, he was recruited to Pepsi-Cola and spent the next 6 ½ years in field sales in Houston, then promoted to National Accounts relocating to Chicago, and ultimately moving to New York to lead the National Accounts group as Director. He was recruited to Coca-Cola USA in Atlanta, initially to lead their $135 M National Accounts Division, where he sold the #2 largest account in Coke history, before being promoted to lead the $350 M Southeast division. The Southeast, 1 of 4 Divisions, led North America in growth and profitability moving up from worst to first. Ron left to join Norrell Corp., a $300 M regional staffing firm in 1990. Over the next 10 years led the Southeast Region, was promoted to lead the Central Division moving back to Chicago, then led Sales & Marketing as SVP. He grew their national accounts business to $170 M, and launched their Business Process outsourcing group, which grew to $270 M. He participated in the very successful IPO, contributed to the companies 45% annual growth to $1.4 B, and participated in the sale of the company, re-branded to become Spherion (which later sold to Randstad). Ron was brought in by the Board to Headhunter.net, a $75 mil. public internet recruiting company, to succeed the CEO. They grew the company by over 30% per year adding more than $14 M in profits. As a result of this success, the company received many unsolicited offers, and decided to sell the company to CareerBuilder for 2.7 times revenues or 100 times profits. Ron was then recruited by the Private Equity investors to lead Uniscribe Professional Services as CEO. The firm was a national business technology services firm with 15 offices and a data center. After increasing profits $8 M. annually, for 4 consecutive years, the company was sold to Williams Lea, a strategic buyer for 15 times profits. Ron led the integration of Uniscribe into Williams Lea. Ron then led IVIZE Services, a national business technology services firm, with 2,600 customers, 15 field offices and a data center. Working with the leadership team they reduced labor costs, increased margins, which increased net income to 20%. After 4 successful years of progressive growth our PE partner sold and integrated the company into a larger strategic competitor. In 2013 Ron was recruited to lead Onepath Systems, LLC, a private equity backed roll up of 3 commercial technology integrators. He led the efforts to professionalize the team, implement standard operating processes and procedures, while strengthening the sales and marketing value proposition. They achieved 18% growth in 2014 earning recognition in the Inc. 5,000, the Georgia Fast 40, the Pacesetter, the CRN top 150, and the Cougar top 100. Ron holds a BBA in Business & Marketing from the University of Houston. He also completed graduate studies at Darden and Emory Universities. He was recognized by American Executive magazine for his CEO intuitive leadership. Ron is married, lives in Atlanta, GA, and has 2 children and 3 grandchildren. He can be reached at e-mail: rtselfjr@aol.com, cell phone: 678.602.7660 or on LinkedIn at www.linkedin.com/in/rtselfjr.