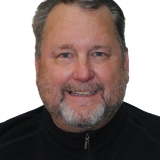 Ronald Dorovi
Founder
Thai Taco
Ventura, CA,
I am looking to connect with:

Mr. Ronald Dorovi is an International Sr. Well Engineer Consultant. He has a Petroleum Engineering degree and 30+ years in the Drilling industry worldwide. His career began as an employee of Chevron for 15 years. He then became a successful Independent Well Work Consultant. His focus is on International, Offshore, Subsea and Deepwater well work projects. Ron has been involved with some of the most complicated oil well drilling ventures in the world. He has successfully contributed to several projects and countries including: Gulf of Mexico, Offshore California, Offshore Atlantic Canada, Gulf of Thailand, South China Sea, Geothermal Indonesia, Geothermal US Basin and Range, remote Myanmar, urban Los Angeles, and in the rugged, cold weather environs of the US Rocky Mountains and Kazakhstan. Ron is the owner of DOROVICO INTERNATIONAL anIndependent International Well Engineering Consulting firm. Ron has performed and directing in the office and field as a Drilling Engineer, Operations Engineer, Drilling Supervisor and Drilling Consultant. His goals are to continue to contribute to the technological challenges of the energy arena. As an experienced traveler, Ron discovered Phuket, Thailand and has lived there for over 20 years. Ron is also a budding entrepreneur and owner of THAI TACO. THAI TACO is gastronomic delicacy, a fusion of THAI and MEXICAN flavors. This marriage of Thai and Mexican has gained international acclaim. Ron is looking to share the incredibly tasty THAI TACO with the United States, Australia, England and Canada in the coming years.