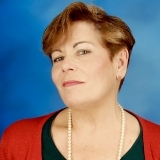 Ángela García Cabrera holds a Doctorate degree from Brandeis University, The Heller Graduate School for Social Policy and Administration, Waltham, Massachusetts, USA, (1978), convalidated a few years later by the Complutentense University of Madrid, Spain for a doctorate in Political Science and Sociology, (1982). She holds a Masters degree from the Boston Collage Graduate School of Social Work, Chestnut Hill, Massachusetts, USA, (1970), also convalidated by the Complutense University of Madrid for her masters in Political Science and Sociology, (1982). She graduated from from Boston College Undergraduate School, Lynch School of Education, in 1968. A full University Professor a the Faculties of Economics, Business Administration and Tourism and Faculty of Education, at the University of Las Palmas, the Canary Islands of Spain, for more than two decades. Angela has a well developed, multi-cultural view of the social developmental needs of rural and urban societies in both Europe and the United States where she has delivered a number of Conferences on the subjects at Annual National and International Congresses of Sociology. Thus, she is a person with a unique perspective and ability to explain, compare and contrast these societies and the policies each employs to address the social needs of its citizens. She also understands the importance of economic development, especially in the field of Social Welfare, Public and Mental Health, as well as housing and business development for addressing social problems: joblessness, homelessness, education, etc.). From 1971 till 1980, she was work in high Social Welfare, Mental and Public Health Services at the U.S. Department of Health, Education and Social Services, in Region One, New England, at the JF Kennedy Building, Government Center, Boston, Massachusetts, USA. Angela was named Regional Director of Health and Social Security for the Canary Island Region of Spain, being the first woman in Spain to hold such high position, (1980-1983). Yet she holds the difference she made in her university student's lives and the lives of those she served in communities as her greatest professional achievement. She is an amazing woman and she is looking forward to sharing her experience and knowledge with her fellow WANA members. She affirms that she spent her life working in the fields of social, educational and human development services because she was alway socially oriented and she loved the work. She has some of her fondest memories from the community development work she performed while a doctorate student in low-income, minority communities in the United States in the Boston's South End where she was instrumental in the organization of a Credit Union, and in Detroit, Michigan where, at her Mater Degree second year practicum, was also instrumental in organizing a Housing Cooperative for low-income people, affirming that she has always experienced great inner-satisfaction from the work she has always done and that this was her key to success. Angela officially retired from the University of Las Palmas, the Canary Islands of Spain two years ago and currently works as a consultant in conventional and rural tourism while operating her own small business: two beautiful rural homes in the Canary Islands. She has also dabbled a bit in real estate in the United States.